Skip to content
The 1st edition of the international competition organized by the Concours Mondial de Bruxelles to promote the ancient Japanese drink worldwide, ended on October 13th

The 1st edition of the international competition organized by the Concours Mondial de Bruxelles to promote the ancient Japanese drink worldwide, ended on October 13th.

67 Gold medals and 52 Silver medals were awarded in addition to 7 special trophies. Junmai Daiginjo-shu, Junmai Ginjo-shu and Junmai-shu were the most awarded categories Mie Prefecture was the most awarded by number of medals, followed by Miyagi, Nigata, Nagano.

Thirty-six sake received the prestigious Platinum medals at the end of the first Sake Selection.  Just a month after the competition in Ise-Shima, the Concours Mondial de Bruxelles (CMB) also awarded 67 Gold medals and 52 Silver medals, in addition to the 7 special trophies awarded to the sake that obtained the highest score in the sake classifications competing. The awards ceremony, which took place at the Belgian Embassy in Tokyo today, provided an opportunity to take stock of this prominent international competition – designed to celebrate and promote the ancient Japanese drink worldwide. For its debut event, it achieved record scores with 617 entries from all over Japan, participation by 13 Japanese prefectures and 35 professional judges from 19 different countries. Additionally, a high level of satisfaction was expressed by the many local journalists, the Governor of Mie Prefecture, Eikei Suzuki, and the foreign judges involved, who particularly appreciated Japanese hospitality, the refinement of the country’s traditions and the iconic places visited over the three days, such as the impressive Ise Sanctuary.

Overall, 155 sake winners were judged as the best in the competition. In terms of the number of awards received, of the 7 sake classifications competing, three secured the most accolades: Junmaidaiginjo-shu (39 out of 155), considered the most prestigious according to the designations of the Japanese government; Junmaiginjo-shu (35 out of 155), with good aroma and an attractive color; and Junmai-shu (33 out of 155) with the taste of rice and koji. As regards the prefectures involved, Mie, the venue for the competition’s debut event, won the largest number of awards (18 out of 155), followed by Miyagi, Nigata, Nagano and Ehime, which despite entering a smaller number of sakes, distinguished itself by obtaining awards for 50% of its entries.

“After the competitive aspect – explains Thomas Costenoble, director of Sake Selection by CMB – who saw the important contribution of our international expert, Sylvain Huet, the main aim of the competition is to pave the way for marketing sake in other parts of the world, ensure the transparency of the results and rigor in managing the tastings. In fact, 95% of Japanese companies in the competition have never exported, so it was crucial to let judges know how highly competitive this extraordinary product has proved to be. It is much more similar to international palates than one might think. Sake was originally designed by monks to pay tribute to the deities. Today it has revealed a modern spirit, with more aroma and a sweetish taste showing huge commercial potential”.

Business promotion will be central to the post-competition program, which will continue through to the next competition, scheduled for October 2019. The program starts on December 6th in New York with an awarded sake tasting event paired with Italian cuisine at the Casa Lever restaurant (reserved for journalists and buyers). On February 7th, in the capital of Belgium, the Ville de Bruxelles award event will be held, followed by a reception reserved for the Belgian press and businesses at the Japanese Embassy in Brussels. Also, from February 11th to 13th Sake Selection winners will be on show at Wine Paris, the first international event of wine experts in Paris (combining Vinisud and Vinovision Paris) that will bring together 2,000 exhibitors and 30,000 visitors, 35% of whom will come from abroad. The program also includes 2 important events in Rome, at the Japanese Embassy and at La Rinascente in the Via del Tritone store.

For further information about the winners of Sake Selection 2018 visit the following website:

The glasses used during the competition were Inao designed by Riedel, which recently launched a new line designed for sake, including the latest Junmai. 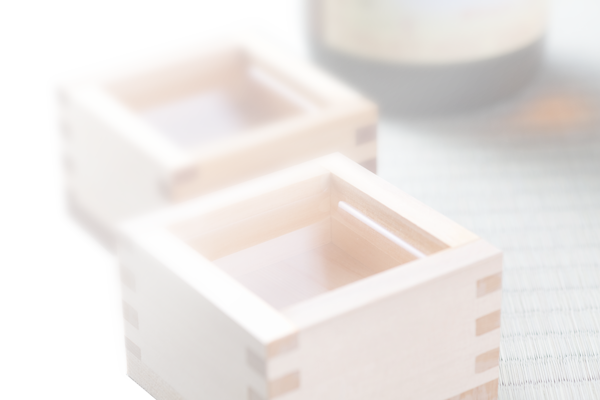