The regionality of sake
Differences in climate, rice variety and food culture

Japan is an island country that stretches long and narrow from north to south and east to west. The climate and natural features brought about by this unique topography greatly influence the food culture in each region. Sake, which has been an aspect of our culture for many years, has a wide variety of flavors reflecting these factors.

It is said that sake made in the eastern part of Japan is traditionally characterized by smooth lightness, while sake made in the western part often highlights mellow and rich flavors. The climate plays a signif-icant part in this. Sake is made in winter, and eastern Japan has a colder climate, during which fermenta-tion tends to proceed gently, producing lower levels of acids. It is also relatively cool in the summer; hence, maturation proceeds gently making the sake light-bodied or “tanrei.”

Conversely, winter is relatively warm in western Japan, and fermentation progresses vigorously, result-ing in a more robust style of sake. The temperature is also generally higher throughout the year, hence maturation proceeds more quickly, and the sake tends to be mellower and richer as a result.

Also, the characteristics of rice, the key ingredient, are related to the flavor tendencies of eastern and western sake. Sake from the eastern part of Japan, represented by Niigata prefecture and the Tohoku region, has been known for its light and refreshing flavors. This is because they have often used table rice, or “hanmai” traditionally, which is hard and produces tastes delicately during fermentation. Con-versely, there are some cultivation hubs for “shuzo-kotekimai (sakamai),” or sake rice (rice suited for sake making) in the western part of Japan, such as the Kansai and Chugoku regions. These regions have easier access to such specific sake varieties that melt appropriately and produce deep and well-structured flavors, which is the mainstream in this part of the country.

Another environmental condition that greatly influences sake flavor, apart from the weather, is the ge-ography of each region. Japan is surrounded by the sea, and thus coastal and inland areas have each maintained distinct food cultures.

Coastal regions have built up not only maritime transportation for a long time, but they also have an advantage on ground transportation because of plains near the sea. This effective distribution system enables people to have fresh seafood and other food ingredients, thus they tend to enjoy light-flavored dishes whereby the taste of the seafood and ingredients are highlighted. Accordingly, the style of sake in these areas is often refreshing, light and dry. Miyagi, Shizuoka, Niigata, Toyama and Kochi prefecture are typical examples. These areas have been prosperous with their fishing industry, and people enjoy fresh seafood with this type of sake.

Unlike the coastal regions, it was not possible to have fresh seafood in mountainous areas in the past because they are far from the sea and require longer transportation time. It was necessary to improve the preservation of food by using salt, soy sauce or sugar. In addition, there is a lot of snow in the moun-tainous areas in the north, and roads are often closed during the winter, thus for the same reason, strong-flavored dishes that are rich in salt or sugar have been popular there. In response to this, the flavor of sake has also tended to be thick and rich. Today, chilled distribution systems and channels have improved the situation and the disadvantage has gradually been solved, but sake from Akita, Fu-kushima, Tochigi and Gifu, for example, where many breweries are located in mountainous areas, still tends to be rich and slightly sweet.

In recent years sake-making techniques have advanced and have often been unified and shared. The production environment for making sake has changed dramatically with the introduction of cooling equipment. As a result, it is no longer easy to say for certain about the regional characteristics of sake based solely on factors such as climate and rice variety. It is also said that each region’s traditional food culture has been fading and consequently the flavor of sake has become more standardized.

However, concurrently with this, another movement for creating new styles of sakes with regional characteristics has become more active than ever before. Various places have been accelerating the development of new sake rice and yeasts. There is a trend towards locally-made sake using original ingredients in addition to attempts to brand the region as a whole in order to raise awareness of their regional uniqueness.

Sake is entering a new era of regionality. Aromas and flavors of sake have been subdivided and are be-coming more diverse in each region. This provides more options for comparison, for which for all sake consumers are very grateful. 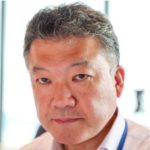 About the author – Haruo Matsuzaki

Haruo Matsuzaki is an independent sake journalist and consultant, and serves as Chairman of Japan’s Sake Export Association.
He is a columnist for three Japanese Magazines and has some books to his credit: “Nihonshu Guide book: Tastes of 1635 (The guide book of 1635 kinds of different sake)”; “Shin-meishu Kikou (Travels in Search of Unknown Sake)”; “Nihonshu no Text 1&2 (The text book for studying sake)”,etc.
One of them is “Nihonshu Shoumishi” in Chinese language, which was published in Taiwan.
He is also one of the judges of sake competitions and contests held in Japan (Fukushima, Shizuoka, Nagano, Ehime, Saga, etc) and outside, held once or twice a year.