Skip to content
To compete for the prestigious Masu will be 611 labels of 280 companies, judged by a panel of 35 experts from 19 countries

To compete for the prestigious Masu will be 611 labels of 280 companies, judged by a panel of 35 experts from 19 countries

‘SAKE SELECTION’: THE BIGGEST COMPETITION IN THE WORLD DEDICATED TO THE ANCIENT JAPANESE DRINK

From October 10th until October 13th in Ise-Shima, the 1st edition of the competition Sake Selection organized by the Concours Mondial de Bruxelles. For three days the Prefecture of Mie will be the world district of sake.

Everything is ready for the launch of the Sake Selection, the first edition of the international competition promoted by the Concours Mondial de Bruxelles (CMB) that will be held from October 10th until October 13th at Ise-Shima, with the participation of the best producers of this traditional Japanese alcoholic beverage. The Prefecture of Mie will host the first edition of the competition and it is the most important region for the number of participating labels followed by the Prefectures of Kyoto and Gifu, up to those of Nagano and Hiroshima for a total of 13 Prefectures with 280 registered companies and 611 labels. A large amount of registered producers makes the Sake Selection the largest contest in the world dedicated to the ‘Nihonshu’, a great competition supported and signed by the Concours Mondial de Bruxelles, that is a point of reference in the scenario of international wine competitions.

Behind the glasses, a panel of expert judges from 19 nations, including Italy, France, Germany, the United States, China, South Korea and Australia: 35 professional tasters (80% non-Japanese) called to blindly taste seven sake categories to then award the prestigious Masu (awards in platinum, gold and silver) required by regulation.

“With this competition – explains Thomas Costenoble, director of the Sake Selection by CMB – we want to launch a real and proper think tank on the Japanese drinking culture focusing on the best sake of all Japan. We allow international consumers not only to know the multiple categories, but also to analyze the millennial history and the different traditions related to this ancient drink, the coolest drink of the moment. Regarding the participants, as already happens with the Concours Mondial de Bruxelles in the wine competition field, we offer the winners an effective instrument of exposure, with a view to global promotion. It is not a coincidence that after November 21st, the day when the results will be announced at the Belgian Embassy in Tokyo, we will start with an important roadshow that will take place in New York, Brussels, Paris and Rome with a series of meetings reserved for the press, ceremonies, tastings events and trade fairs, with the participation of journalists and professional experts”.

Behind the enchanting Toba Bay, Thalassa Shima Hotel & Resorts opens its doors for a three-day tasting session. For each tasting session there will be 7 expert judges commissions, each composed of 5 international tasters and one Japanese taster and 10 sake products. Additional distinctive features are the representation of a different country for each commission and the variety of professional profiles of the judges (sommeliers, buyers, journalists). Each commission will not taste more than 30 sake products for maximum half a day. This is to ensure maximum reliability of the decision-making process.

The inauguration ceremony is scheduled for October 10th, in the city of Tsu, the capital of Mie Perfecture, which celebrates the 300 years anniversary of the ceramic factory of the Prefecture of Gifu, OHASHI RYOUKI, ready to offer 500 guinomi for the Sake Selection. During the opening day, will take place the workshop dedicated to foodpairing, which will unveil the secrets of a perfect match of food and sake (edited by Shinya Tasaki), while Sylvain Huet will discuss the organization of the tasting sessions with the judges. This international competition will describe the Japanese territory of origin of the sake and during the three days will stop in different cities just to ‘touch’ not only the elements that make this product extraordinary (rice, water and atmospheric conditions), but also a part of the immense historical, naturalistic and artistic heritage of this great country.
The seven categories of sake in the competition:

The glasses chosen for the tasting events are the Inao signed by Riedel, who recently introduced glasses designed for sake, including the latest born Junmai. 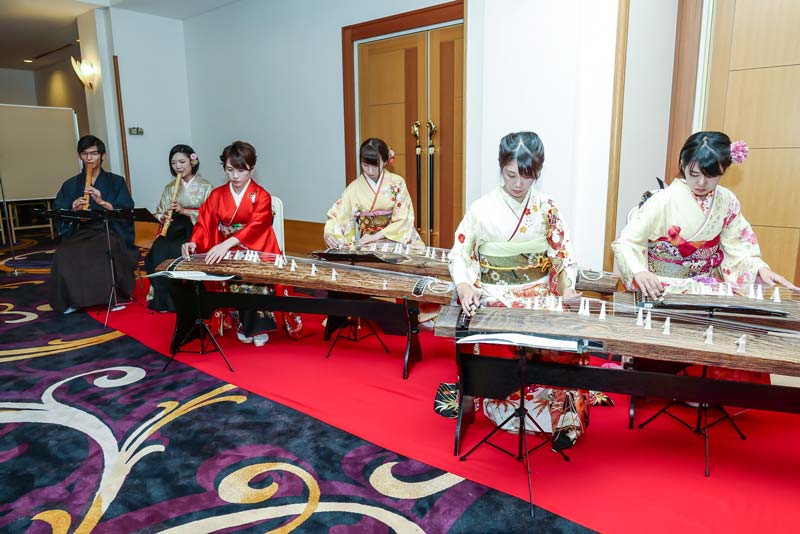