Skip to content
The market for sake, from Japan to the rest of the world

The market for sake, from Japan to the rest of the world

Dating back over a thousand years, sake was originally used for religious ceremonies then gradually spread through society, first among courtiers, then the army, merchants, etc., ultimately becoming Japan’s national alcoholic beverage. For aeons, however, sake was drunk very locally (less than thirty kilometres from where it was produced) and served preferably hot or lukewarm, usually in ceramic containers. It is very common for drinks, even alcoholic beverages, to be served hot in Asia for health purposes.

Various drinking temperatures were introduced depending on individual customer’s tastes, conditions outdoors and of course the type of sake.

The sakes, often more rustic than those drunk today, developed concurrently with local gastronomy, which was extremely varied throughout Japan and changed depending on whether people lived in the mountains or by the sea, in the North or the South, in an affluent or a poorer region. This resulted in an extensive range of styles across the country.

Japan has witnessed several phases of rural exodus. Hyper-concentration of the megacities in the 20th century, as well as historical events leading up to and in the aftermath of the war, have led to a sea-change in production techniques, but also drinking habits.

Since the second half of the 20th century, a more refined, more aromatic style of sake has increasingly gained traction. These more delicate sake styles are generally enjoyed chilled (although there are exceptions).
The post-war emergence of new drinks (particularly beer and, to a lesser extent, wine) in the Japanese market coincided with a widespread trend across the globe towards drinking less alcohol on a daily basis. This has led to a continuous decrease in sake production in Japan, which has fallen three-fold since reaching a peak in the 1970s.
Outside of Japan, Japanese restaurants, particularly sushi eateries, have experienced a boom which has fuelled consumption of sake in numerous countries.

Sake sometimes has a strong connection with sushi-type restaurants (as in North America) or, conversely, Asian restaurants that do it a disservice by wrongfully using the name sake (mainly in Europe). Either way, it is still mainly consumed in bars or restaurants. It can be drunk hot in small ceramic vessels, at room temperature, or chilled for high-end sake, which is primarily served in wine glasses. Sake is also increasingly found in Western-style restaurants thanks to its ability to pair well with non-Japanese cuisine, which it shows off to its advantage.

Its low acidity, lack of tannins and its flavour enhancing qualities complement its intrinsic appeal and have made it an extremely resourceful partner for modern-day cuisine, which increasingly puts produce centre stage.

The market for sake, from Japan to the rest of the world

National sake production has just dipped below 5 million hectolitres per year (488,696,000 litres in 2018 versus 1,674,765,000 litres in 1975).
While the official number of licences is in the range of 1,700, the amount of active producers is fewer than 1,200 and continues to wane year-on-year. Production, which is extremely polarised between a few very large companies and a majority of small or even tiny producers, extends across the entire country.

However, some regions have a long-standing, cultural significance for sake production. These include the Hyogo and Kyoto prefectures, which together with Niigata Prefecture produce more than 50% of Japan’s sake. Other major production areas where the diversity, history and quality of sake are just as remarkable also deserve a mention. Examples of these are the Akita, Fukushima, Hiroshima, Iwate, Kochi, Saga and Shizuoka prefectures and regions such as Tohoku, Hokuriku and San’in, but there are others.

Of note too is the recent introduction of G.I. (Geographical Indication) certification for sake in general (Nihonshu) and for production areas in particular, the impact of which has yet to be seen. The following G.I. already exist: Hakusan (Ishikawa), Harima and Nadagogo (both in Hyogo) and Yamagata.

Sake exports: Asia remains the leading market, the United States is the leading country but Europe is experiencing strong and rapid growth

The steady decline in domestic sake consumption since the 1970s and growing interest among a non-Japanese audience have led to the development of sake for export. The market share of exports, which is the only one currently in growth mode, is still small, totalling just over 5% of national output in 2018. Nevertheless, exports have the potential to leverage growth, with volumes surging by 53% between 2014 and 2019.

Asia, the most local and sizeable market for sake exports, continues to show strong growth by volume and value over the long term (but posted a 10.1% drop in 2019). Its market share (59% in 2019) is stoked by its 4 main markets: China, Hong Kong, Taiwan and South Korea, followed by Singapore, Thailand and Malaysia.

North America, with the United States accounting for 26% of global market share and Canada 3%, is the second largest market for sake exports. The sushi boom and Japanese ex-pats have driven the development of sake in the region. Growth in this fairly mature market has slowed (+7.9 in 2019) and its market share has dropped by 5 points over the last ten years.

Western Europe, which admittedly only accounted for 9% of total exports in 2019, has experienced strong growth in recent years both by volume (+28% in 2017, +12.5% in 2019) and value (+21% in 2017). It offers new outlets for many producers from across Japan. Approaches to culture, particularly food and wine culture, as well as expectations in terms of authenticity differ significantly between countries such as France, Italy, Germany and the United Kingdom. Interestingly, sales are also taking off in Spain, Belgium and Switzerland.

In the rest of the world, Australia, Brazil, New Zealand, Russia, Israel and Mexico are also developing a taste for sake.
Over the past few years, new markets have emerged or recovered in countries such as Greece, India or even Malta.

Ultimately, it is essential to realise that sake’s international acclaim plays a pivotal role in raising its profile among Japanese consumers, especially the younger generation. After all, 95% of sake produced in Japan is still drunk locally. 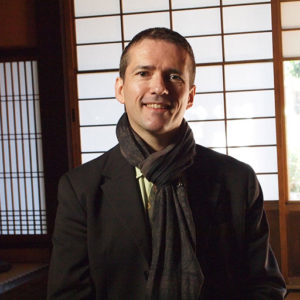 About the author – Sylvain Huet

Sylvain Huet has been passionate about Japanese culture for many years and shares his passion for sake with as many people as possible by sweeping away preconceived ideas about the drink. In 2017 he was featured in cultural programmes on ARTE and on the Japanese national television NHK, which devoted a topic to him in its newscast. He is Sake Samuraï, founder of l’Académie du Saké, owner and managing director of Salon du Saké.