As sake (nihonshu) has begun to secure its place on wine lists and liquor store shelves around the world, it brings with it a certain uncertainty for many about where it actually fits into the dining scene. Wine, spirits, beer and cocktails, all have their niches neatly defined, but what role can sake play on the table?

Basically, there are two primary schools of thought on the concept of matching sake with food. The first being that the flavor profile of sake is broad yet nuanced enough that the various flavor and aromatic characteristics can be paired with specific dishes just as effectively as wine. The second approach is to not bother trying to pair at all. Both approaches are equally correct and valid. In Japanese there is an often-quoted saying that goes, “nihonshu wa ryori o erabani”. Despite some dubious interpretations of this phrase that might be floating about, the meaning can most simply be translated as, “nihonshu doesn’t choose its food”. In other words, unlike wine where a sip of any given wine can inspire an image of an ideal food pairing, sake (at least in the traditional sense) doesn’t operate the same way.

By the design and traditional function of sake on a Japanese dining table, the role of sake is not to dictate what food should be served to match the sake but rather to underscore the food on offer. By acting as a chameleon of sorts in a supporting role, mixing and matching, swinging from dish to dish, the diner is barely alerted to its presence. I’ve heard many sake brewers say they don’t want the diner to even notice the sake until the end of the meal, when the customer reflects on how well it supported the meal. Almost like good background music – adding ambience but not drawing attention. To be noticed would be to be intrusive on the meal.

The combination of sweetness, acidity and umami found in sake makes it malleable enough to be paired with just about anything that appears on the table. While aromas can vary from almost non-existent to vibrant and pungent, they are rarely as ostentatious as most wines. Acidity in sake, on average, sits somewhere around a third of the level found in wine, and although sake can certainly be quite dry with distinct bitterness, it doesn’t contain the parching astringency of red wine tannins. Add to this the levels of amino acids and umami not found in most wine and you’ll find sake to be quite a versatile partner for all kinds of food – dare I say even more flexible than wine. 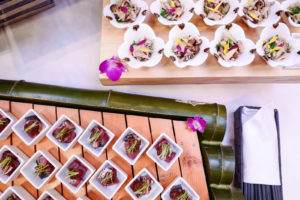 For anyone that has visited Japan and enjoyed an evening dining in an izakaya (a typical Japanese casual dining restaurant), they will be familiar with the shared plates concept of dining common throughout Japan (often compared to Spanish tapas dining). In such situations where diners are not confined to only eating from the plate that is in front of them, but welcome to pick from various dishes on the table featuring anything from barbecued beef, sashimi, oily deep-fried chicken to smoky grilled dishes, seafood, tofu, and miso sauces, it would be a veritable nightmare to try and find a wine that would match everything on the table. Nor would it be practical or wise to try and order several different glasses or bottles of wines to match with each dish.

This is where sake shines

But of course, the obvious question is “but which sake?” The answer, as unpopular as it might be with many sommeliers, is, “just about any sake”. Sake doesn’t discriminate. It can meld into any dish and any situation without being obtrusive or distracting. And while drinking sake in such a fashion might not reveal any illuminating food matches, one thing you can be sure of is a lack of clashes. Arguably, one of the most attractive merits of matching sake with food is the scarcity of unpleasant pairings. Sure, some matches work better than others, but rarely are there moments of downright nasty flavor contrasts. Naturally, there are exceptions, and the extremes of the flavor spectrum such as koshu (aged sake), earthy yamahai or sweet sparkling sake tend to be not as cooperative as more common styles of junmai and ginjō, but it at least gives the newcomer to sake and food pairing a good place to start.

Which brings us to the other approach of pairing sake to food wherein we match certain flavor profiles to specific dishes à la wine pairing. Rest assured, this can be done as effectively as wine pairing although the rules may vary somewhat. Generally speaking, the common approach to matching wine and food is based on choosing wine according to either grape varietal or region. Unfortunately, for sake, this is a deeply flawed system as the role of rice in sake is not the same as grapes in winemaking. Rice operates as more of a canvas upon which brewers create their desired flavor profile, meaning the same rice varietal can be used to make sweet nigorizake, funky acidic kimoto, elegantly fragrant daiginjō or musty aged sake. Regionality is also an unreliable criterion for food pairing, as the concept of terroir simply does not exist in the sake world as neatly as it does in the wine world. There are of course exceptions – Ishikawa Prefecture can often be relied on for full-bodied yamahai styles, sake from Niigata Prefecture will often be light and dry and Kyoto sake has a reputation for light, feminine-style sake. But these typicalities do not exist in a vacuum and inconsistencies abound. This leaves the most reliable (but still fallible) system for choosing sake to be by style or grade. At the risk of throwing out far too many caveats, it is most important to bear in mind that individual experimentation will yield the most decisive and consistent results, but let’s explore some tried and true methods of sake and food pairing. 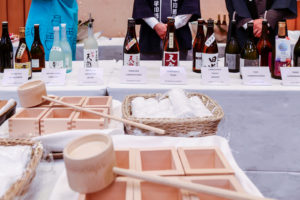 The first rule and most important rule for matching sake with food is to explore and experiment. It might seem obvious to some, but there is a still a large contingency of folks (perhaps the majority) that only ever think of pairing sake with Japanese food, or at a stretch, with Asian food. Sake’s versatility stretches far beyond this, and to not fully explore its potential would be a waste. Basic food pairing principles still apply; matching light sake with light dishes, heavier sake with rich flavored foods. Pairing fresh, light sake with seafood is of course a no-brainer and an approach that, for the most part, doesn’t require much guidance to find successful matches. But there are plenty of other potential pairings out there.

One of the more recent revelations among food and sake pairings is the natural affinity sake has with cheese. The concentration of umami (the delicious savory taste, defined technically as glutamate- a type of amino acid) found in both cheese and sake make it an ideal combination. Again, cheese has a broad range to cover but some workable matches include fruity ginjō-style sake with white rind brie-style cheese; unpasteurized (namazake), punchy ginjō can even stand up to and compliment pungent washed rind varieties of cheese as well. And zesty versions of nigorizake (cloudy sake) compliment a creamy, tart goat’s cheese, while funky yamahai sake (especially with a bit of age) can work wonders with blue cheese. If you prefer something a little sweeter at the end of a meal, sake and chocolate is an interesting realm worth exploring. Known as something of an Achilles’ heel for wine, chocolate can work surprisingly when matched with sake of a similar sweetness. Specifically, aged sake (koshu) showing notes of nuts and dried fruit can sit beautifully with quality dark chocolate.

Recently, yamahai and kimoto sake have become popular as “food sake” for their unique flavor profile that isn’t reflected in other alcoholic beverages. For sake styles such as ginjō and other fruity or floral styles of sake there can be some overlap with wine in the aromatics, however yamahai and kimoto offer characteristics that are particular to sake. As older brewing methods that use naturally occurring bacteria in the production process, the common traits of yamahai tend to be earthy, funky and wild with expressive acidity. These can pair particularly well with game meats and rustic slow-cooked stews. A tight, acidic kimoto will cut nicely through some fatty duck or even lamb dishes. And of course one of the most rewarding pairings is mushrooms. Similar to cheese, mushrooms contain loads of umami, which aligns beautifully with an umami-rich yamahai. To add even more depth to these pairings, experimenting with the temperature of the sake can yield an almost infinite amount of possibilities. Chilled, room temperature or various degrees of heat added to the sake can lift umami and body, bring out more earthy aromas and accentuate acidity.

With the current array of sake styles available ranging from sparkling to fruity ginjō, dry junmai, heavy yamahai, punchy nama-genshu, to nutty aged sake there and countless variations in between there is myriad of possible combinations to explore. Long gone are the days of reaching for sake only when sushi is on the menu. The capability of sake to match, compliment, contrast and support food is stretching to possibilities wine could only dream of, only limited by the imagination of the diner. 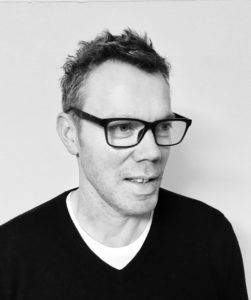 About the author – Julian Houseman

Over the past 20 years Julian has worked in various capacities in the liquor industry in both Australia and Japan. He regularly writes sake-related articles for several print and online publications, assists in the coordination of local tasting events and operates as a food guide for visitors to Osaka looking to learn more about sake and Osaka food culture. Julian holds certifications from the Sake Education Council, and is one of the first non-Japanese to attain the Sake Service Institute’s Kikizake-shi certification in Japanese.